Where Are the Female Coaches? 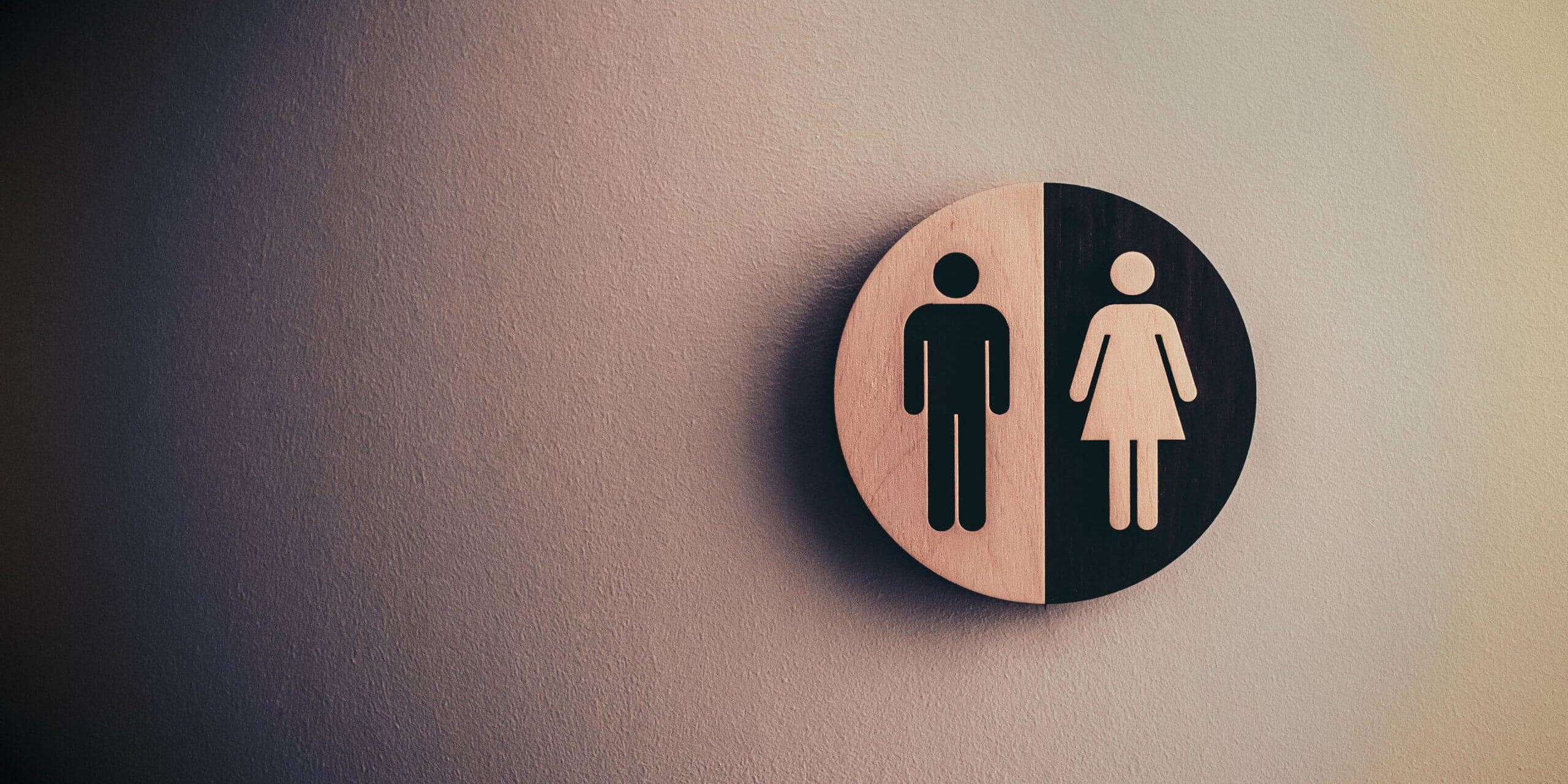 Coach gender has been shown to predict levels of coaching aspiration1. The Irish Sports Monitor Report for 2017 (ISM 2017) stated that men are more likely than women not only to play sport, but also to be members of a club, volunteer for sports and attend sporting events. This is evident in the below figure. 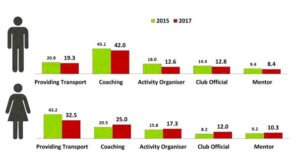 One aim stated within the ISM 2017 report was to reduce this apparent gender gap in general sports participation, their mid – year 2019 report shows slight advances within this domain reducing the active sport gradient between men and women from 4.5% to 3.9%, a marginal improvement in the right direction.

Sport Ireland’s policy document on women in sport has stated various target areas to improve female involvement in sports including coaching and officiating, active participation, leadership and governance and visibility.

The occurrence of the gender gap in these roles is not just limited to Ireland. The International Olympic Committee (IOC), in their gender equality report (2018) highlighted that between the summer and winter games from Vancouver to Rio there were between 9 and 11% female coaches accredited at the games. This highlights a massive lack of female coaches coaching at the very pinnacle of sport! It is this apparent lack of female coaches that we are going to focus on.

What are the barriers to female coaches?

Simply taking the above dataset we can already see a barrier. Females are underrepresented in every avenue of sport. For an aspiring female coach the absence of role models in coaching roles or simply seeing females coach daily is massively prohibitive to them taking up a role in coaching. This is highlighted in the ISM 2019 report which shows males are more likely than females to have a coach that is male (74% and 35% respectively). Just under half (44%) of females have a coach that is also female.

In her work titled “Where are the women in women’s sports? Predictors of female athletes’ interest in a coaching career” Dr Kelli Moran-Miller utilizes social cognitive career theory2 (SCCT) to set about explaining why this gender gap exists in coaching, we will base the below on this research. SCCT states that career interests are shaped by self-efficacy beliefs and outcome expectations, which in turn are influenced by both individual and contextual factors (e.g., barriers and supports).

This can be thought of as “people’s judgments of their capabilities to organize and execute courses of action required to attain designated types of performance”3. In essence, how capable do you think you are to complete a given task, in this case coaching. We can refer to this as coaching self-efficacy. This is highlighted with a lack of support and coaching education for females. It could also be a product of female athletes not having an experience of female coaches and therefore not seeing it as viable career path post athletic career.

It goes without saying that we will be more interested in career paths where positive experiences are anticipated over those where negative experiences are anticipated. This is compounded when what you value as an outcome is present in the career path you choose. Drawing on the above point coaching has been shown to be a significantly more attractive career path when the female athlete in question was coached by a female4.

These are factors specific to the context in which female coaches or coaching as a profession in general operates.  One list of factors included here is the apparent mistreatment of women in the workplace in terms of discriminatory hiring practices, sexual harassment, salary gap among other factors which not only affect women in coaching but the broader workplace. Additionally, factors that affect the wider coaching community such as unsociable work hours and burnout play a role in discouraging people from the coaching profession.

As mentioned previously the importance of female role models cannot be underestimated when it comes to all these aspects. Concerns have been expressed about the negative consequences of limited exposure on female athletes5,6. Revisiting our previous graphic about sport coaches in the Olympics and the gender gap apparent there, it is easy to draw conclusions that females do not have adequate role models in the coaching domain. Female coaches provide that figurative and literal steppingstone for female athletes and aspiring coaches to move into the profession. 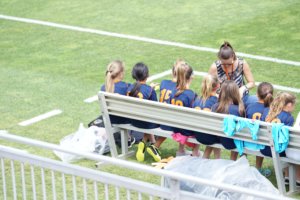 How to get more female coaches involved?

First and foremost, we need to recognize and agree that a gender gap does in fact exist in nearly all sporting professions and sports, coaching is no exception. It is my firm belief that encouraging and getting more females into coaching roles and leadership roles in sport will only be of benefit for every other avenue of female sport.

Thank you for reading this longer than usual piece on what we feel is a particularly relevant topic here at Premier Endurance. Some links to excellent resources for the female athlete and coach can be found below.

4 Everhart, C. B., & Chelladurai, P. (1998). Gender differences in preferences for coaching as an occupation: The role of self-efficacy, valence, and perceived barriers. Research quarterly for exercise and sport, 69(2), 188-200.