The Demands of Racing at UCI Continental Level 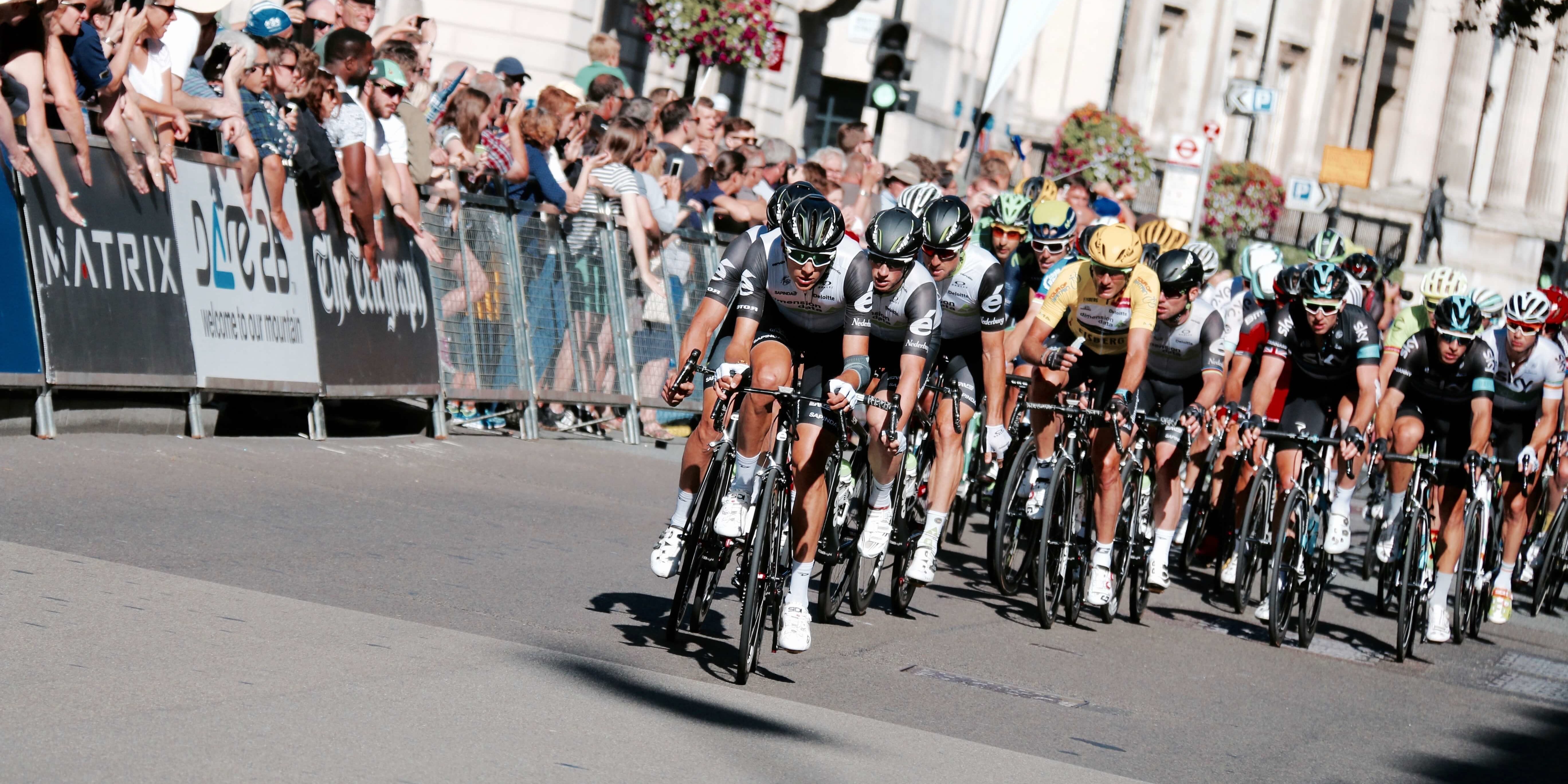 The UCI Europe Tour is a ferociously competitive world. This is the breeding ground for the vast majority of talent that goes on to graduate into the professional continental ranks and onwards to world tour, the level is high and the racing plenty.

For this feature we’re going to take an athlete we work with here at Premier Endurance and delve into the demands of racing at this level coupled with the equally challenging British domestic scene. We’ll keep it simple for the most part aiming to look at demands of training and racing, the overall load of the year, the physical attributes which aid success at this level along with the various other demands this lifestyle imposes on the athlete.  We’ll aim to keep a somewhat chronological timeline to paint the picture of a full season. This piece is based on the 2018-2019 season. We started working with this rider in January 2019, after he had undertaken the majority of winter prep himself. 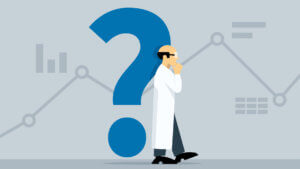 Winter prep began for this rider on the 29th of October spanning up to the 31st of December. Having taken 4 weeks completely off the bike (which we recommend at the end of every race season) training started back in a traditional manor. Long zone two work around aerobic threshold aiming to develop that all-important base for the coming months where training intensity would ramp up.

We aim to develop this base to aid in general aerobic fitness, enhance our ability to recover post intense bouts of exercise and build a foundation of training load at lower levels so we are better equipped to handle it at higher levels in the future.

Overall weekly hours in November and December ranged from 12 hours to 18 hours. During this block, paired with standard base rides, blocks of work at zone 3 mixing cadences between slow force repeats (low cadence) to higher cadence working on leg speed were included. This block was about setting a foundation without going too crazy on intensity and load. A summary of the key metrics can be seen in Table 1.

We’ll look at the first phase of race preparation up until the first event of the season at the end of January. The goal of this sequence of racing was simple – use it as an intensity block for our “proper” start of the season in March.  The goal of our training approach was also simple – progress on our intensity and volume whilst also bringing in some strength and conditioning work (S&C). 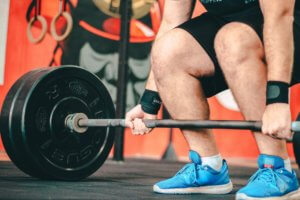 Each week contained elements of threshold work, tempo work, over-under work and some chain gang rides – all as prep for the longer climbs included in the upcoming races. The S&C was kept simple at first, higher reps’ lower weights to dial our movement patterns before progressing on in intensity. Table 2 shows a sample training week from race preparation phase one.

Racing took the shape of three back to back UCI 1.1s with the overall load of the three days coming in at 13.5 HRs, 500KM and just over 700TSS – with some nice sustained efforts coupled with race specifics that are very hard to mimic in training.

We got the main portion of our testing completed within this block. Testing methodologies differ from rider to rider and coach to coach but for this scenario we chose to go with a standard power duration test. Over a 7-day period we tested: max sprint, 30 second, 1 minute, 5 minute and 20-minute power durations. From previous data we identified where we can make improvements.

This second phase of race preparation would be the most crucial training time of the year. This spanned from the 4th of February right up to the 30th of March. This is where we got the main bulk of our work done in preparation for the goals to come. During this phase we had overarching goals of building our power at threshold, introducing specific sprint work along with progressing on the S&C from January.

When we design a programme, it is more of an input from both the rider and the coach. From my viewpoint it is crucial that the athlete understand the WHY in what they are doing. In this phase of training we typically worked off 3-4 days of structure followed by feedback and a setting of the next block with overarching goals to guide us.

Key data from these power durations tests in this phase were as follows:

As mentioned, this was one of the training biggest blocks of the year as can be seen in table 3. Here we see a gradual progression in terms of hours on the bike but a marked increase in intensity which can be attributed to the increase in specific interval sessions.

To keep this piece as concise as possible we’ll account for race season as a whole (31 Race Days, excluding the 3 in Mallorca). This will span from the 31st of March to the 1st of September. There are some caveats here though, for the reader – within a race season itself we have peaks and troughs in terms of building for specific events and mid-season breaks these are all accounted for here and are worth bearing in mind if judging this block as one.

Training goals for this period were based off 3 peak race periods: The beginning of May, the start of June and Early September. These goals aligned to the strengths of the rider from previous testing along with providing the best opportunity for results and exposure. To achieve this, we looked at the demands of each event and tailored the build into each race. 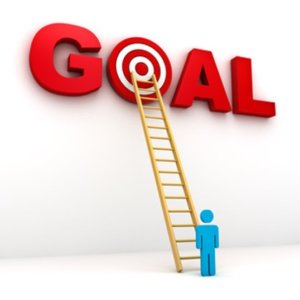 From my viewpoint once the work is laid down (as in race prep phase) we only need a short time span to add the “finishing touches” on to specific form for an event. This specific prep can be seen in table 4 where our focus was on high volume and mimicking intensity that we are going to be exposed to over the stage race.

Table 4: A sample of a training week in preparation for a 4 Day Stage Race

During this time, we also kept on top of regular testing of the power duration curve following blocks of racing and / or phases of training. What was unique about this rider is that each data point kept improving in each subsequent test – usually we will see a progression in an area we are working on coupled with a maintenance of other areas. However, 1-minute power did not increase over this timeline (this forms the basis for our winter approach into next season). Key data from this phase looked like this:

The demands of this race season can be seen in Table 5 below. These demands would be highly representative of an amateur racer’s entire year whereas, here, we are only talking about a 5-month block of racing and the training that goes with it. 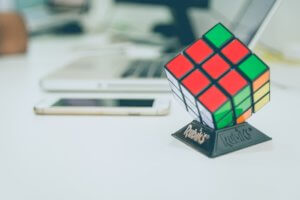 The above gives a nice insight into the basics of how we can structure a season, measure improvement and ultimately perform at a high level. Obviously, there are many ways to skin a cat! What is key is you develop a relationship with your coach or athlete to determine what is the best approach for you, be that training intensity distribution or testing methods. There is no one right way to do this and that’s what makes it great!

There are a few worthy points to make before finishing up. Don’t use this as a template to become professional – some athletes I work with can handle far more load, some far less. This is the product of DAILY communication and monitoring between coach and athlete. It is up to you to decide what is going to work best for you and only you.

There are also numerous other factors which support and/ or hinder performance here such as: nutrition, bike handling skills, tactics, team opportunities, equipment, race selection, crashing and many more. The key is to control the controllables and arrive at the race in the best shape for a result, execute your tactics, use your form and the result may happen or it may not, but you know you have given everything for it.

I hope this proved insightful and if there is more detailed data people would like to discuss don’t be afraid to drop me a line at jamie@premierendurance.ie