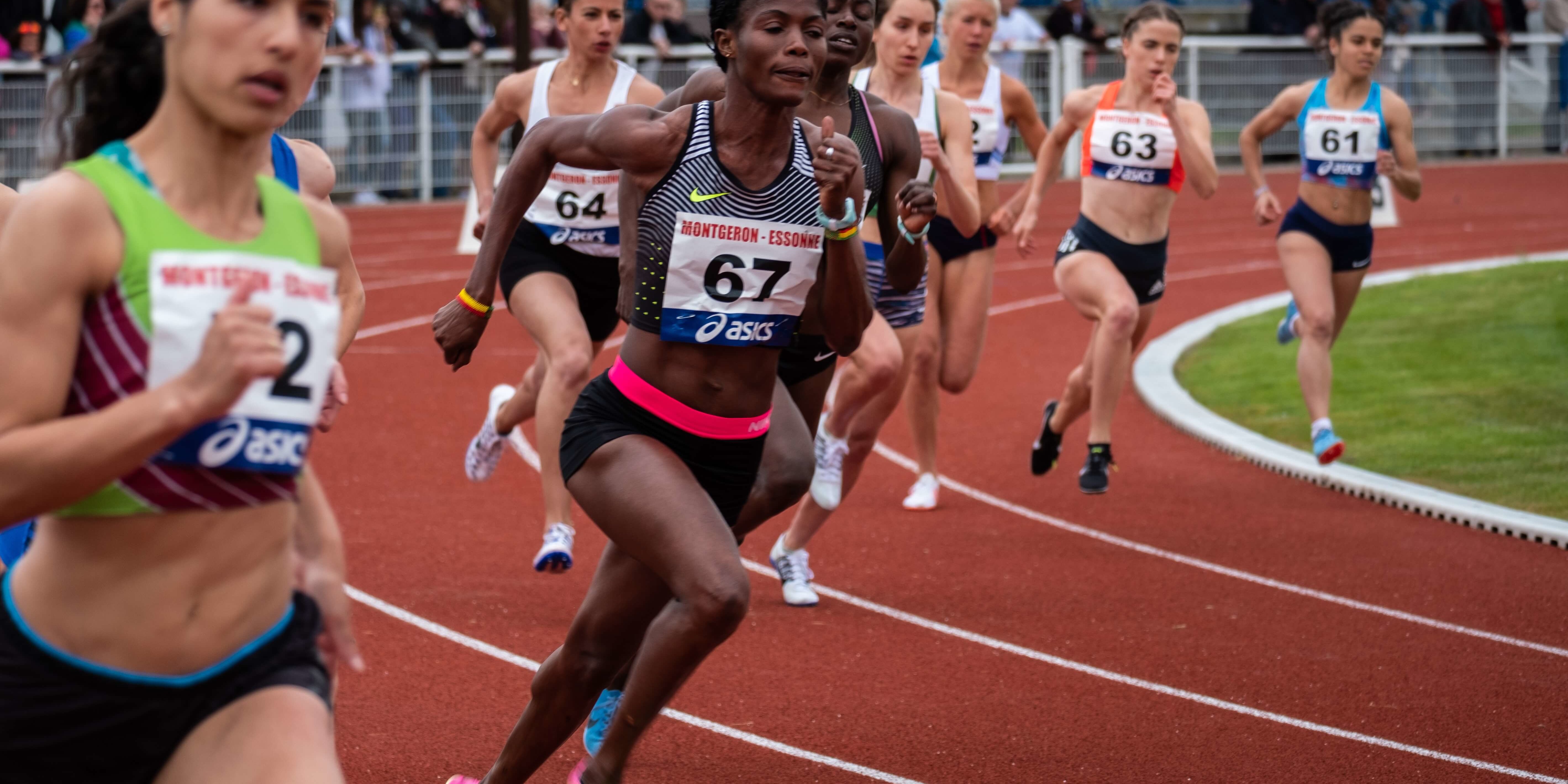 Supplements and ergogenic aids are all the rage at present. They represent a multi-billion-dollar industry that sits on a house of cards and is fuelled by one thing; hope. When we reach for a supplement, what we are looking for is a better outcome, an improvement, a shortcut to a desired endpoint, for some, they believe it is the only answer to a problem. This paradigm partly arises due to the fact that the supplement industry is not heavily regulated, in terms of amounts of active ingredients and in terms of the strength of the evidence used to support a “scientific claim”.

However, there are a list of evidence based and supported supplements, that do have merit in certain circumstances, let’s discuss! 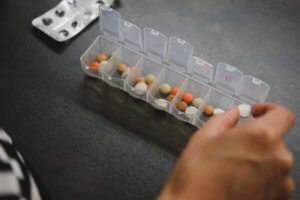 First, to clear up, there is a difference between a medically contextual application and a general health/sporting application. Sometimes there isn’t a distinction drawn between those two lines and as someone who works on both sides of this fence, it bothers me. Let’s take for example BCAA’s, branched chain amino acids, and how they are widely promoted for their anabolic potential and supporting muscle growth. BCAA’s are metabolized in muscle, but muscle protein synthesis doesn’t occur unless ALL 20 amino acids, adequate calorie intake and anabolic signalling are in place, BCAA’s only consist of approximately 3 of 20 amino acids. They are also found in higher concentrations in actual foods, such as meat/poultry, than in actual serving dosages of BCAA’s themselves! In the sporting context, it doesn’t make sense to take them in the first place during exercise, as muscle protein is the last thing you will metabolize during a workout, as long as you have adequate calorie intake, overall protein intake and fuel appropriately, they are irrelevant in the equation. Now, in medical contexts, BCAA’s can be used very effectively in patients with liver failure or cirrhosis who have compromised ability to metabolize protein, thus supplementing intakes, they can also be used as an adjunct to aid in prevention of sarcopenia in conjunction with proper diet & exercise. Note that these scenarios do NOT apply to most people.

Also, to note, study methods are vital to know, a study method that focuses on one cellular pathway, or metabolic interaction, may miss the point. The example of BCAA’s increasing anabolic signalling, is misleading, as a rise in mTOR or insulin does not mean muscle protein synthesis, as discussed above. Signalling does not equate to physiological effect. Some studies also don’t report how they control for diet, or calorie intake, which means the results are always open to scrutiny.

The Actual Evidence Based Supplements

There are 5 main evidence based supported ergogenic aids, which we will cover, along with some sports foods and nutritional products, and we will look at the context in which they are appropriate. Caffeine, creatine, nitrate/beetroot juice, Beta-alanine and bicarbonate are the supplements we will evaluate, and we will look at whey, carb powders/gels and iron supplements in addition.

Caffeine works as an ADP receptor agonist, it doesn’t give you energy per se, it simply stops you from feeling more tired. Depending on the dosage, it can also cause central nervous system excitement and raise cortisol levels. Caffeine has mixed effects on people, due in part to built up tolerance and to genetic variants of gene CYP1A2, which dictates how it is metabolized in the liver. Caffeine doses of 3-6mg/kg confer performance benefits when consumed 60 mins prior to exercise, however opting for the lower dose of 3mg per kg wills still offer ergogenic benefit and will decrease the likelihood of gastric distress the higher dosage can lead to. Increasing the dosage of caffeine past 9mg/kg does not continue to offer increasing benefit due to the varied responses to caffeine and tolerance variation. It is worth trialling out for yourself in training so as to avoid any unexpected stomach issues, anxiousness or sleeping issues. Don’t worry if you’re a habitual coffee addict, your general caffeine intake will not impede the effect of the lower dosage. Evidence states that caffeine can be beneficial with the aforementioned doses if taken in a 2.5hr period prior to exercise or during, towards the latter end of the race. Caffeine doesn’t give you more energy, as some would say, it simply stops you feeling more tired, and makes you more alert, stokes the nervous system making it easier co-ordinate hard efforts, however, the psychological phenomenon is just as valid as a physiological change, in terms of aiding performance. For reference, a standard coffee had approx. 80mg of caffeine, and a gel would have anywhere from 30-80mg. 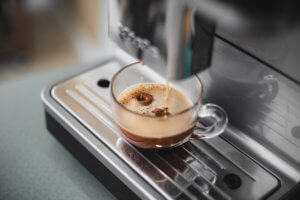 Creatine has stood the test of time, and the hype is real. Creatine helps the body resynthesize phosphocreatine at a high rate, and also increases phosphocreatine stores. which is useful for any sport or training sessions involving explosive efforts and maximal outputs. For explosive work, or anything max effort up to 6 seconds, you use your ATP-PC system (i.e. creatine), however this naturally runs out very rapidly, creatine helps replenish this, ultimately allowing one to do higher volumes of maximal and intense work, which is what leads to the strength and performance gains. Creatine has its best effects in efforts lasting under 30 seconds, it doesn’t necessarily make sense for an endurance athlete to load up on creatine, as gaining a lot of lean muscle may affect power to weight ratios or VO2 max ratio, in which case, the weight gain may neutralize any strength gains. However, early season or off season, when in general prep phase, creatine may be good to take with gym sessions. Long term creatine use may avoid the weight gain noted with loading protocols, and can alter cell signalling to promote glycogen storage in cells, which may benefit the ultra-endurance athlete. Bog standard creatine monohydrate is king, no need to get fancy with it, increasing price doesn’t increase effectivity. Opt for lower doses of 2-5g per day long term as opposed to the 20g per day loading phase doses recommended for power athletes, increase your water intake, if you want to take creatine. I would recommend optimizing protein intakes, training to your max, optimize fuelling in sessions, and then, if you need extra, as an endurance athlete, to go to creatine 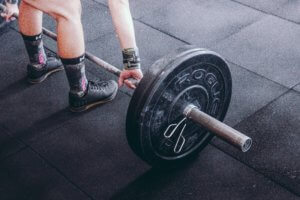 Beetroot juice has gotten a lot of press as a superpower in the media and whilst that claim is likely to be quite an overestimation, there may be some efficacy to it, let’s take a look. Nitrates are the components in beetroot juice that offer up the benefits. Nitrates work by increasing vasodilation and oxygen uptake, which also happens naturally when you exercise. The jury is out due to mixed results and insufficient data. Some evidence dictates that intakes of nitrates offer benefits in the 2-3-hour periods post consumption, with intakes of 310-560mg investigated. Elite athletes or anyone in good nick, who has a VO2 of over 60ml/kg/min, may not experience much benefit, as there is already little room for improvement and some researchers warn that the side effects such as upset stomach may outweigh the potential gains when risks are weighed up too. This would be one to try in training and would not be the first line of action for increasing sports performance. 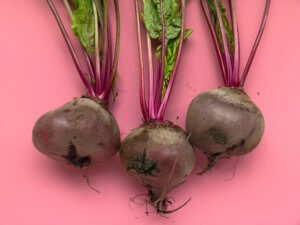 This supplement may not be too familiar for endurance athlete populations, but will be for gym goers most likely and is known widely for its ability to give you a tingling sensation in your face, also known as skin paraesthesia. Taking beta-alanine increases muscle cell (myocytes) carnosine content, which has buffering and anti-oxidant properties and has been shown to increase maximal exercise tolerance. There are positive intake and performance correlations across training level and elite status athletes, though the correlation is markedly weaker in increasingly elite performers. Doses of 3.2-6.4g/day split into equal doses every 3-4 hours for 4-12-week periods show efficacy, however, this is likely not realistic and does not mimic what typical consumers can or would be willing to do, making it a supplement that is likely difficult to adhere to. Some research also showed huge intra-individual differences in cell content of beta-alanine during dosage periods, as beta-alanine stays elevated for long periods of time in the body, meaning supplementing needs to be individualized and that likely more data is needed.

This has been shown to slightly increase performance in short, high intensity events, translating to 2% improvements for events lasting less than 60 seconds. Sodium bicarb has similar properties to beta-alanine, but has an acute spike between 75-180 mins post consumption. This means it would need to be trialled out repeatedly to figure optimal timing with doses of 0.2-0.4mg/kg. Also, unlike beta-alanine, this product buffers extracellularly, i.e., in the blood stream, as opposed to inside the cells. Sodium bicarb is very likely to lead to stomach upset and vomiting, and consuming 3-4 smaller doses per day for 3-4 days prior to the event can have the same effect, without the side effects. If that is not possible, two split doses in a 4-hour period pre-race taken with carbs, will help ease gastric suffering. 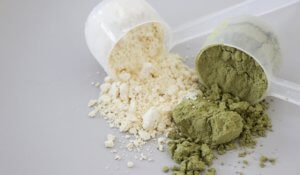 The rest I have yet to mention are in my opinion, cupboard staples. As an endurance athlete, or active person in general your intake needs for protein are just higher, to the tune of at least 1.2g/kg per day which is not always easy to eat. Whey protein simply makes it easy to do, and for people getting all up in arms, higher protein intakes do not cause kidney failure, or damage your liver. If you are healthy, and have no pre-existing conditions, high protein intake is fine, and whey powder is simply dried milk. Casein is a good option prior to bed as it is slow release, and may improve your sleep quality a tad. If you are in a power sport, injured or in a heavy training block, protein needs are higher again. Making it easy means it’s practical, means you’ll do it for longer.

Carb powders and gels are almost ergogenic aids, we’ve just known about them for so long. If you plan to perform maximally, or are doing anything involving long distance with some hills and sprints (cycling/triathlon), you will smash your glycogen levels and rely on glycogen stores to get you from A to B. Doing some training fat fuelled is good for metabolic conditioning, but you don’t do it race day or in key sessions, in a similar vein, it would be like wearing ankle weights in training to get stronger and lining up with them on race day. Carb units will help maintain exercise tolerance, increase time to fatigue, decrease muscle catabolism and improve recovery. Talking to a sports nutritionist about how to toe the line between optimal carb & fat fuelling will get you the best of both worlds, alongside practicing your fuelling protocol for training scenarios.

Iron levels, haemoglobin and red blood cells are all vital for oxygen transport, get a blood test, see where your at, you can likely raise it. If you can, do. Get your red meat, green veg and adequate protein and calories in the hatch, and consider an iron supplement for a course and take a break. Repeat bloods are a good idea to see how your progressed, as red blood cells have a lifespan of about 12 weeks, so changes don’t really occur for about 3 months.

I hope you enjoyed this deep dive into the dos and donts of supplements for sports performance, a lot of this piece was based on the excellent review by Peeling et al. (2019) – a link to which can be found here. If you would like to hear more about me or the services I offer through Premier Endurance please don’t hesitate to contact us our services can also be seen here. Evan Lynch.