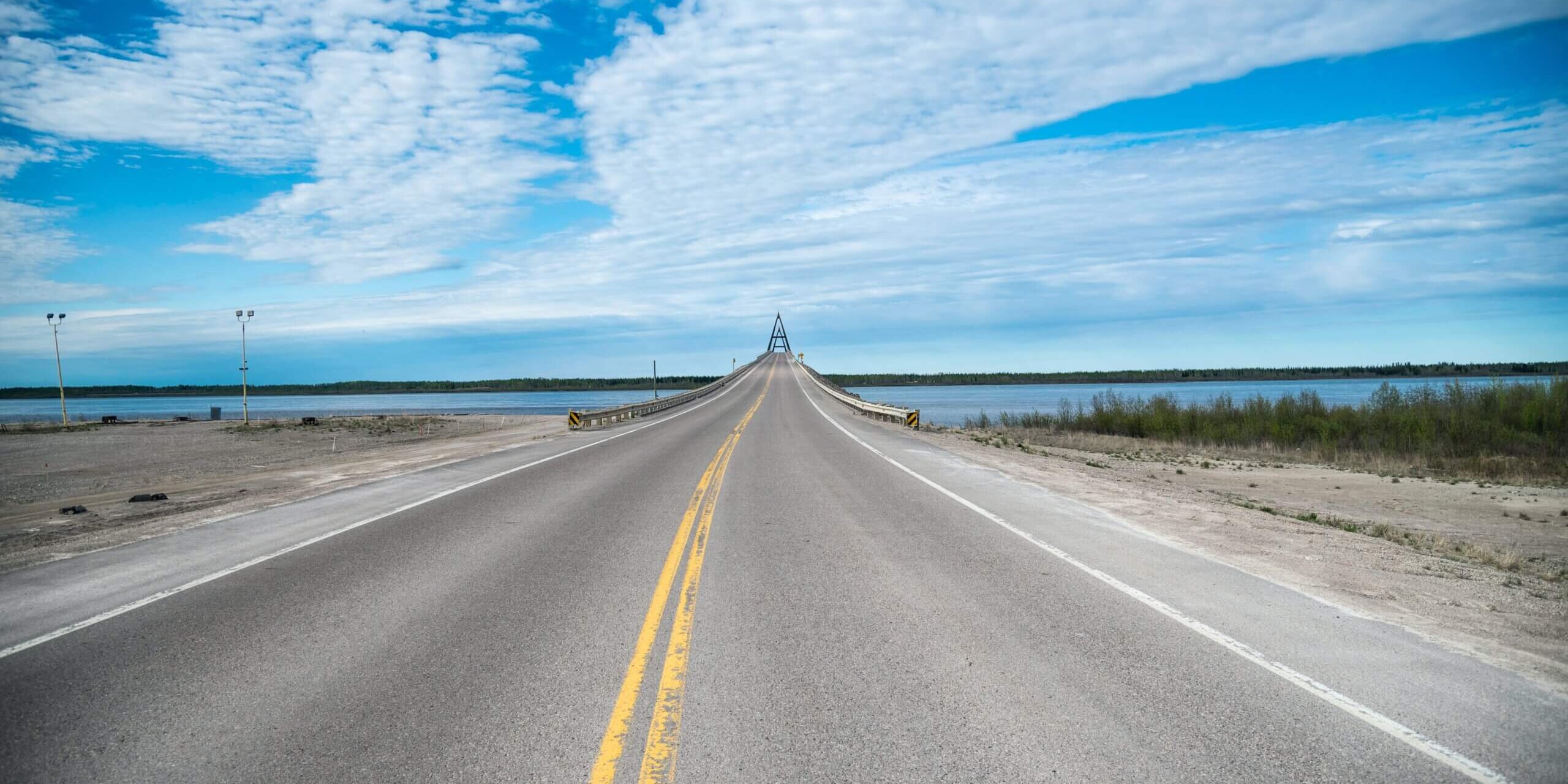 If you’re a junior or an under 23 bike rider given the opportunity to race your bike abroad, be that with a team, for a summer or at a major championship, your first feeling is often one of joy, elation, and excitement! But, after this initial reaction has settled down some inevitable doubts and hesitancy kicks in (completely normal!). A big transition may ensue where you leave home for the first time, and with it, your routine comforts and friends, in favour of a foreign environment. This transition can be scary!

My plan for this post was to ask some well-respected names within Irish cycling and further afield, who’ve been there, done that, or are currently doing it the simple question:

If you could give one piece of advice to young riders heading abroad to race what would it be?

Eve is someone that needs no introduction. A Paralympic & World Champion on the tandem with stoker Katie George Dunlevy, a highly successful domestic road cyclist and national champion Eve has experience by the bucket load.

I suppose the best piece of advice I could give is to keep everything as close as possible to your routine at home. By this I mean do your own thing that you have done at home. Know what works for you and stick with that process. Don’t copy others just because you may feel they may be better i.e.: well Johnny is eating that, so I better eat it. Stick to what you know works for you and trust the process. 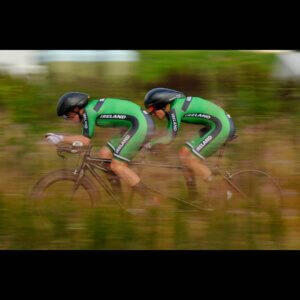 Jamie is a UCI accredited agent having played a key role in the transition of many young Irish riders into successful professionals. His first-hand experience of team management and dealing with riders within this transition period is second to none.

Stick to the basics – Pre-race preparations, positioning, fuelling & don’t be afraid to get stuck in or take opportunities if & when they present themselves. Other nations may have more depth but keep it simple & set clear personal ambitions for each race, that could be to get in an early break, Top 10, podium or win or even help a teammate if the parcours suits them better than you. Yes the level in Europe is always high but the numerous Irish riders at world tour level have paved the way now for the next generation to follow.

Ciaran Power is another person who needs no introduction, especially to the Irish readers of this blog. Ciaran is a legend of Irish Cycling having placed 13th at the Athens Olympic Road Race, completed the Giro D’Italia with two top 10 stage placings in 2000 and won multiple stages and the overall classification within the Rás.

Working with a good coach should be able to get you race fit but it’s what you do in a race that teaches you your race craft. I’ve raced against many riders stronger than me and beaten them by being crafty. For example, moving up in the bunch at the right time when the pace eases rather than when it’s flat out or waiting on another rider to move up and use them. Monitoring wind direction, is the finish a tailwind or head wind? This will decide how early or late you sprint. In a breakaway always ride up behind the biggest guy so you get the most shelter unless they are ripping the legs of you. Placement into corners so you don’t have to break and sprint out of each corner. All these little things add up and make a big difference!

Dan is a current UCI professional continental rider with the Italian based team Vini Zabù–Brado–KTM. Dan has previously ridden for outfits such as Team Wiggins, Aquablue, and Canyon-DHB having multiple wins and top placings on his palmarès within the European Circuit.

Decide you are going to be a pro, never give up and focus on the important things, sleep, nutrition, training, and recovery.

Mia is relatively new to cycling, having come through an accelerated pathway with Cycling Ireland from Camogie she turned her hand to track cycling and road racing. Mia secured a bronze medal in the Individual Pursuit at the European Championships (U-23) in 2020 and currently rides with Team Rupelcleaning–Champion Lubricants

I would say that every race is an experience to learn. Have fun learning how to ride in a bunch and focus on simple skills like eating and drinking enough during the race!

Daire is a highly successful road cyclist having represented his country numerous times at World Championships and achieved some excellent results within Ireland and abroad. Daire has a unique view on racing and living abroad having had multiple experiences with different teams. His experience and honesty are eye-opening.

Nutrition has a lot to answer for when it comes to your performance both on and off the bike. When moving abroad you will encounter dietary related fads, it’s important to ignore these and stick to what’s worked for you in the past.

When you move abroad, you suddenly have more time to work with. Use this time wisely, study online, learn the countries language. Having structure to your day gives you a sense of clarity with a daily focus.(Below Photo Credit Sean Rowe) 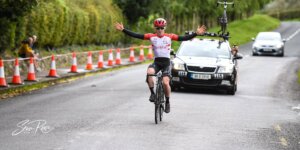 Conn rides for the French based team CC-Nogent-sur-Oise, one of the top ranked teams in France. He is also the current Irish National Time Trial Champion (2020) and has achieved some excellent results both home and abroad. Like Daire Conn has also represented Ireland on the world stage.

I have two things that I’d consider equally as important:
1. Try learning the language. It’s so important and will help settling into the team and make being so far away from home that bit easier.
2. Know that 99% of the time there’s going to be a lot of bad times before the good ones arrive so stick it out. Your whole environment is changing, and this takes a physical and mental toll on the body. For example, my first year in France I didn’t start feeling like I could actually attack the races until after I was home for the nationals. But at the same time if you’re not enjoying the process in general be objective enough to know that maybe it’s just not for you.

Luke is a former junior and current Irish under-23 international rider. Luke has gained podiums at multiple national championships, raced, and lived abroad while also pursing his third level qualifications in Sport Science.

Get stuck in, take all the opportunities you can get. Sometimes I used to feel a heightened sense of anxiety/nervousness because you were in an unfamiliar environment. It’s a mental thing and I found psychological techniques such as imagery and self-talk very good at building confidence and reducing symptoms of anxiety. Just experiment with things that help improve your confidence, whether that even be music.

With a lot of extra free time, keep the mind busy. Don’t get me wrong, recovery is important but try to avoid sitting around for hours a day on your phone. Learn a new skill or educate yourself whether that’s a new language, nutrition, training or whatever you’re into. 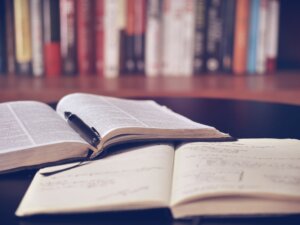 I think different people will take different things from a piece such as this. For me, the key takeaways include the importance of maintaining a routine, how racing is not just all about the physical side of things and how you can use a stint abroad to further yourself as a person as well as an athlete.

There is so much breadth and depth of experience in Ireland within this domain. So much so that we could do another full piece on this from various avenues. This was just a small snapshot! I’d love to know what your key takeaways were and if you would like to see some more posts like this over the next while.