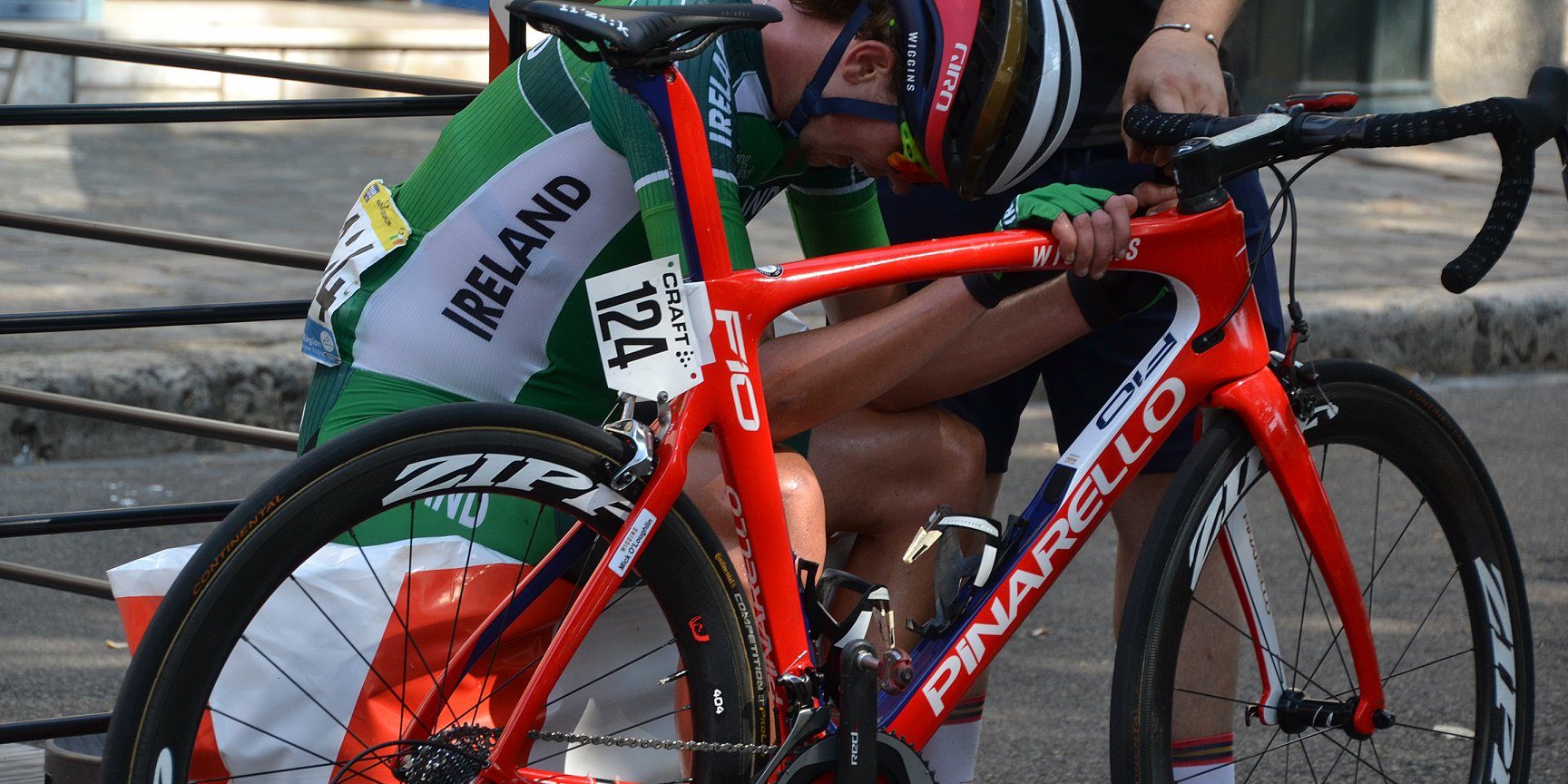 Stage 3 of this year’s Tour De l’Avenir took in some testing, rolling terrain from Le Lude to Châteaudun. With just two climbs noted on the roadbook, a Category 4 and 3 at 46 and 88 kilometres respectively a break would inevitably get up the road. Competition to get into this break was furious with the final selection not being made until close to 80 kilometres into the race. Of this selection Irish U23 Time Trial Champion Michael O’Loughlin was present and ready to commit to a day out front. (Cover Photo Credit – Audrey Duval – Photos)

The first 80 kilometres of the race were covered at an eye-watering speed of 47Kph with O’Loughlin slipping into moves and going on the offensive. It was here O’Loughlin recorded his one minute, two minute and five minute peak powers of the day. An average of 410W, 457NP and 100RPM over the day’s first test at 46KM produced his peak five minute of the day. What was even more impressive here was the power sustained off the descent of this rise – 45 seconds producing 550W at an average speed just under 70Kph which called on a high element of leg speed developed over months of training. Another move at 60 kilometres saw O’Loughlin producing his peak one and two minute powers with a searing attack up a small rise, again trying to be on the offensive and make the day’s move. Here he produced over 650W for one minute and 530W for two minutes both coming off an over 1000W acceleration away from the bunch.

The first 80KM – Attack and Counter 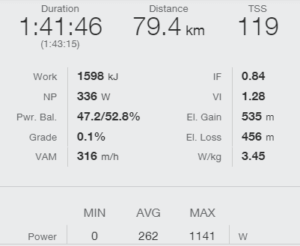 Data from the one-minute attack at KM60 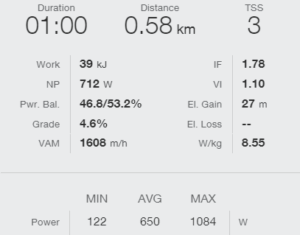 Two sharp 1000W accelerations separated by less than 30 seconds recovery just as the road flattened off a short descent launched O’Loughlin into the break with the eventual stage winner Damien Touze (France) and one other for company, they would be joined later by four others forming a seven man escape. This period saw O’Loughlin hit peak 10 and 20-minute powers at 380 and 360W respectively, their coherent riding style (evident with a variability index of 1.02) aided them in establishing a gap over the bunch. This gap was created on a near pan flat road which then hit the main test of the day, a Category 3 climb, at 88KM. To eke out their gap the trio rode at just under 400W for the three-kilometre climb averaging just over 30Kph. O’Loughlin, knowing his capabilities well, sat right on threshold here to avoid going into the “red” and paying the price later.

Attack and Establishing the Gap KM80 – 92 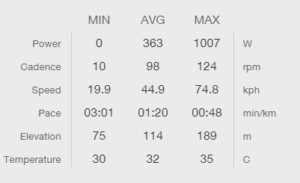 The Category 3 climb at KM88 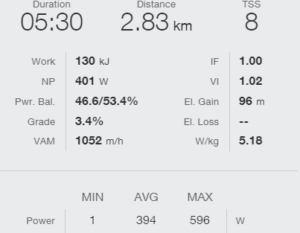 With the chasers now merged with O’Loughlin and Co. a strong group was now threatening stage ambitions for the other nations. With Norway, Australia and later Belgium joining forces to form a chase within the main bunch the break had their work cut out for them. The break hit the first of two very testing finishing circuits just after 120KM, a snapshot of the circuit can be seen below. At this point the break had been riding for an hour at a normalised power of 320W/ average of 290W covering just over 45KM. O’Loughlin sitting at roughly 80% of his threshold here was burning energy at a substantial rate, given the earlier efforts, but if he stayed on top of his fueling this type of effort was right down his street due to his strong time trialing credentials. 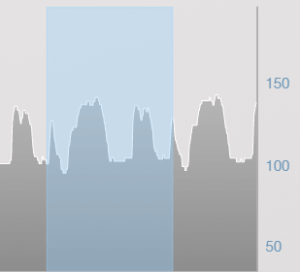 Entering the finishing loops with just over 40 kilometres to race the break had north of two minutes on the chasing bunch, a modest margin that meant they would have to commit 100% to stay away. Having the luxury of being out front meant that the break could ride the finishing loop climbs at a steady but hard pace again playing into O’Loughlin’s capabilities. The climbs were ridden at close to or just over Sweetspot (0.90 – 0.95 IF) lasting 3 minutes to 8 minutes. The finish itself can been seen below, a testing 500M uphill ramp that encouraged a real drag race to the line. Coming onto the last lap it was touch and go whether they’d stay away with the bunch breathing down their necks. At four kilometers to go the gap was below 30 seconds, O’Loughlin producing an average of 340W and a normalised power of 450W during this push for the line, there was no holding back here. Coming down to the wire three of the seven had been reabsorbed with O’Loughlin mustering whatever was left to produce a near 1100W sprint into a one-minute effort to the line to hold off the bunch for a remarkable 4th place. 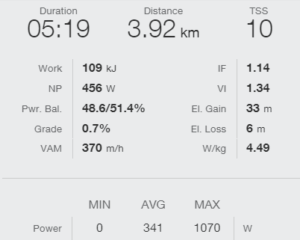 Going for the win and barely holding off the sprinting pack. 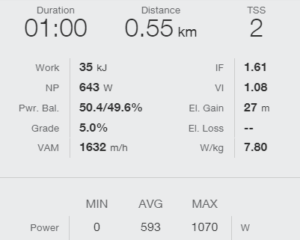