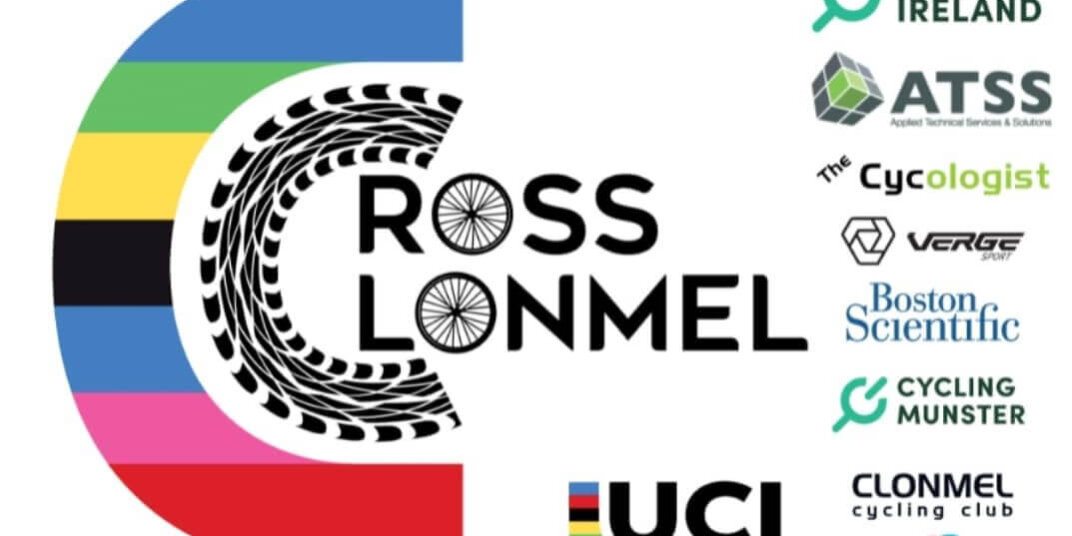 A UCI C2 in Clonmel

I’ve been wanting to but pen to paper (or fingers to keyboard) and write something a little more personal on our blog here for a while. As most of you know cyclocross enthusiasts are kind of like vegans, they’ll let you know they’re a cyclocross racer. So, it goes without saying I myself am a cyclocross racer, recently adopted into the cult and not very good, but improving. With too much PSI and too little skill this sport still has me hooked. Nerding out over equipment, ample technical aspects to learn and a physiological proving ground the sport also appeases the coach in me.

For the first of my instalment in this “cyclocross diary” I thought there would be no better place to start than with a recollection of my first ever UCI event which also happened to be in my hometown of Clonmel. This was also, perhaps, my 10th ever CX race (no one really knows as they blend into one muddy field after another) but suffice to say I’m fairly green and new to the sport. This will be a nice and honest account of the weeks leading into an event like this coupled with 5 things I learned along the way.

Setting up a cyclocross course is a bit like opening the paint application on windows and giving the mouse to a toddler. One man’s visionary layout is another’s nightmare. Thankfully for our race in Clonmel we had the visionary course builder John Dempsey to guide us, John politely took me for a spin at the venue on the Thursday before we set it up, explaining, as he abruptly turned left, right and upside down, that this is where the course will be. Luckily Carrick Wheelers left us have a dry run promoting the event the weekend before the UCI race was due the kick-off. With an army of volunteers, 20,000 steps, many blisters and 6 kilometres of tape later we had our course. With this, the course was bedded in, I got a race on it (avec blisters and all) and it was then ready for the army of more competent professionals to finish off the course for the following weekend (I reckon we would’ve had a fair go at making one of those bridges though!) 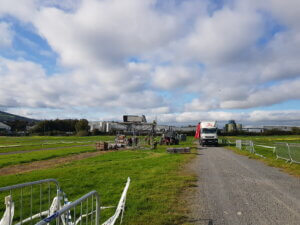 As race day drew nearer so did my level of panic training. As any good coach knows you shouldn’t coach yourself, just as a dentist doesn’t do their own fillings. But, as any normal person knows you also never listen to your own advice, so I’ve been floundering away trying to improve none the less. With a holiday in September and a trip to the World Championships in Flanders the sub total of 10 hours bike riding achieved in the month prior have not cut it and I know it. But we carry on regardless. Leading into the event I got a couple of hard Zwift sessions in; some skills work and one race where I surprised myself with how I was going. This gave me some confidence, low fitness plus confidence is a recipe for disaster.

The day before race day I got to see the course in all it’s glory. A credit to Clonmel CC and John Dempsey being that there was a full host of kid’s racing on as a prelude to the bigger events on the Sunday. From U6 to U16 the fields were stacked with balance bikes, mountain bikes and carbon bikes. As an aside to this we had hosted nearly 6 straight weeks of kid’s skills evenings and mornings with Carrick Wheelers and Clonmel CC and it was amazing to see all the familiar faces enjoy their races on the day.

Once the last of Saturday’s racing finished we had an opportunity to ride the course. It was already feeling much faster than the previous weekend, I observed on as youths and juniors threw tail whip after tail whip over the bridge. Those kids are impressive, the skills they learn here will stand to them throughout the rest of their cycling careers, it’s great to see. I practiced the barriers, coasting into them around the corner, taking them as normal or shouldering the bike – what was faster I pondered? As the juniors (who weren’t busy tail whipping) effortlessly bunny hopped the 40cm uphill barriers like they didn’t exist. I practiced a tricky turn on gravel before the woods, which I should’ve practiced more as I kept sliding out on it during the race. After a couple laps it was home to wash the bike(s), apparently you need two for cross and to eat lots of food. The manual labour of the previous two weeks not doing wonders for my energy levels, my cyclist arms still tired from hammering the stakes into position and manhandling the barriers, I’m much more suited to computer work I tell myself. 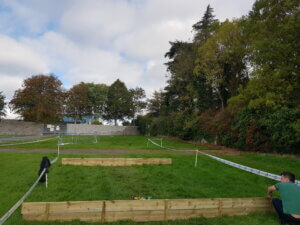 It felt like being back in Belgium or Brittany racing a local Kermesse. A 15.20 start time gives you way too much time to debate how hard something is going to be. In any case there were bikes to be loaded, along with washers, wheels, tools, and all sorts of other bits you don’t end up using when the course is dusty, and the temperature is in the late teens. Arriving at the course the scene was impressive, camper vans and gazebos galore. A couple of warm up laps later it was time to start.

To the holding pen I went and, as usual, the craic was mighty. I love how mellow the environment is within the off-road cycling scene, I don’t like how un-mellow the races tend to be but that’s another story. Anyhow, to my surprise I was gridded on the second row and up I went. 30 seconds to go, wait for the whistle. Man, I haven’t felt this nervous in a long time. Whistle blown, missed my pedal, bit of wheelspin on the gravel, lost a few positions but felt good. We arrived at said bridge 8 wide, this was an experience. To my right a rider touches wheels and goes sideways into the barriers, ouch, everyone takes evasive action. Up ahead the lead riders get the hole shot but one of them gets it wrong coming down the other side, a well held save means disaster is avoided and we’re off past the pit straight in a lineout straight from a West of Ireland Rás stage.

Now I was floating around some riders who I knew were much better than me. I thought to myself, OK this is going well. It didn’t go well for long, I fought up a couple of places, the effort of this meant that coming onto lap two I blew so hard I created a new obstacle in the form of a crater left in Powerstown Park. For the next couple of laps, I was middling, ahead of some groups and behind others. My mind always wanders in these circumstances, and I find it difficult to keep concentration when the exertion is so high, hit with thoughts like this isn’t going well is it? Or damn that was a bad start. Or, worse of all not starting your Garmin until 3 laps in. Silly things like this crack me and can have an impact on performance if you let them. The week prior I was in a similar position all be it a bit further up the field, but I listened to the advice that I would give an athlete – “segment the course into chunks”, “ride the technical parts smooth”, “stop forcing it”, “follow the wheel in front of you”. These are all aspects of simple sport psychology techniques mainly trigger words, process goals and positive self-talk. For the UCI race this was a key error of mine. I discounted this component and leaned into the negative. For all the exertion in the world you can still help yourself but implementing techniques like the above. 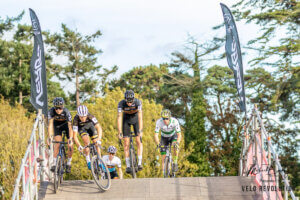 My second wind came around two thirds into the race. Spurred on by all the home crowd cheers, which felt like a faint echo in my world of pain, I gained a couple of positions back. Happy with this I pushed too hard amongst the slalom of trees at the top of the course and ate the dust, literally, positions gained lost. With this it was just about trying to ride as smooth as possible to the finish of the race and hope to not get lapped, which I didn’t, just about. Finish position of 27th but lots of lessons learned.

So, until the next one,