Eat Your Dinner, It Matters More Than You Think Making sure to eat up and to eat enough is such a commonly touted expression that it has lost its meaning; the phrase “familiarity breeds contempt” is very applicable here. This article is going to delve into the pressure athletes can be under to be in shape, to fit a specific image, not accounting for energy expenditure and the potential pitfalls and side effects of over-restricting your calories as an athlete.  I will discuss this and draw links to conditions such as the female athlete triad, relative energy deficiency syndrome (RED-S) and general degradation of an athlete’s health and performance. – Evan Lynch

Evan Lynch is an international race walker, having represented Ireland at Euro and World level with over 20 National titles to his name. He is a qualified sports nutritionist & BSc in Food Science & Health. He is currently undertaking an MSc in exercise physiology. Evan has worked with multiple athletes here at Premier Endurance from recreational right up to professional in his consultancy role as sport’s nutritionist along with many more in the past number of years!

Let’s start with the 1st law of thermodynamics; energy cannot be created or destroyed but transformed from one form to another. If you consume more or less calories than you expend, you either store excess energy as fat or burn off some fat or muscle to make the deficit, simple. This tends to be the only domain of rationale that people deal in in terms of weight management and eating enough, that it’s JUST about the weight. Dealing in only this dimension leaves a great deal of the whole picture out and ignores the immunological consequences, the psychological, haematological and endocrinal also to name a few. For teenage athletes, or college athletes, who are still developing issues with bone health, growth and menstrual health are all common outcomes. Our bodies go through a whole host of changes as our weight varies. For this article I am simply going to focus on not consuming enough and the outcomes for his. 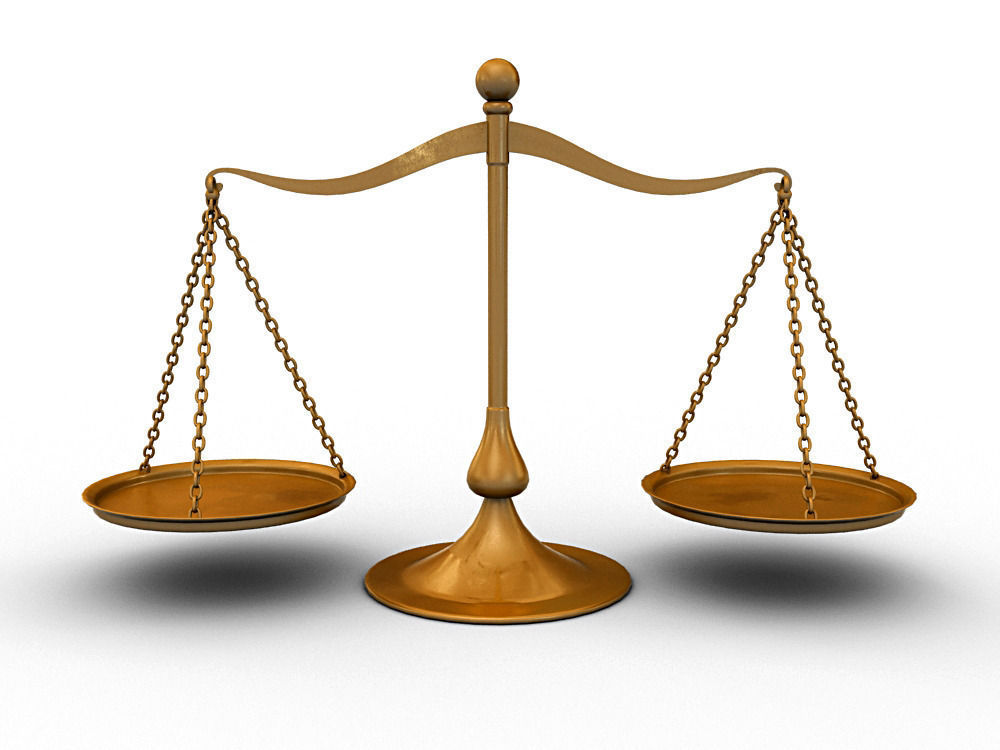 Now, let’s look at some of the factors and reasons why weight control, calorie restriction and being lean is such a hot and sensitive topic. It is very common in athletes competing in weight class sports or sports where power to weight ratio is vital, such as cycling to obsess over lean-ness and weight, and as such, these athletes are at high risk of developing eating disorders, having body image issues and placing their self-esteem in their physical appearance. There is a lot of pressure and expectation on athletes to look and act a certain way. It is not uncommon for athletes to aspire to live up to the role of “being an athlete”, which to most people today, means looking good and having a great physical appearance. Again, this is a common theme, whereby we tend only to look at someone in terms of their appearance to attempt to gauge their overall physical and mental health, when there is much more to it. Social media pressure has a lot to do with this, the desire to appear outwardly to be an athlete and to live up to that lifestyle, can often lead an athlete to being obsessive with food, to “eat clean” and hyper-exaggerate the fitness aspect of their lives.  Behaviours such as these could be paralleled with orthorexia or hypergymnasia, both of which are clinically recognized conditions. The first being an unhealthy obsession with being healthy, the second being excessive desire to exercise to counteract calories as a way of seeking control over ones’ body & performance.

If I take a few swipes through my social media feed, I could pick out multiple examples of this, seemingly innocuous sentences such as “I’ll burn this later”, “getting into race shape now”, using “guilty pleasure” in relation to food. These signify a deeper undercurrent that we, as athletes, must be super lean, have strict diets and that any deviation from a pre-conceived misconception of what healthy and optimal diets are should result in punishment or guilt.

This brings me on to my next point; I have worked with multiple athletes who have been fed a golden weight number by a coach, or someone they respect. This number often has very little bearing. I have seen on multiple occasions too, athletes being fed very false information relating to dairy aversion, carb aversion, fat aversion or to take various supplements in order to boost performance, usually most of which is inappropriate, highly ineffective or just plain wrong. The point I am trying to make here is that an athlete can have misleading directions from people they trust, and as such, can unwittingly do damage without realizing it. My opinion, given my background as an international track and field athlete, and now someone who works with athletes and their nutrition, is that the best way to avoid dietary issues, flirting with disordered eating etc. is to establish why you act the way you do. For example, are you aiming for a healthy diet BECAUSE you want to look like an athlete, and be seen to be acting like an athlete, or are you eating well because you know it’s good for you, your health and your performance? There is a subtle difference between the two, one is you acting a role and basing your self-esteem in what others think of you, the other is about taking care of yourself and taking positive steps that benefit you, both, you could say, are the same thing, but they lead to different outcomes!

There is a difference in a controlled weight loss approach and pushing an athlete into a category known as relative energy deficiency (RED-S) the consequences of which can be seen below. The main difference is energy availability, or simply put, how much energy from your food you have left after exercise is accounted for. At the very least, your resting metabolic rate needs to be accounted for, to ensure your body can carry out normal functioning and maintain physiological homeostasis. According to the IOC, this equates to at the very least 30 calories/kg, and optimally, 45 calories/kg (2,100 to 3150kcal for a 70kg athlete). Not hitting this threshold is when RED-S can become an issue.

RED-S used to be known as female athlete triad (image below), but recent studies have found dietary inadequacy to underpin the causes of many more factors aside from female athlete triad. But, what are the apparent risks for the female athlete? Some of the more sinister side effects of RED-S will include low bone mineral density and loss of periods. Using Z-scores (score of bone mineral density, best got from a DEXA Scan) a score of -1 Standard deviation in alliance with amenorrhea can signify female athlete triad syndrome if the athlete also has low body weight (BMI <18.5). A score of -2 is representative of osteoporosis. This can occur with or without the presence of an eating disorder (ED), namely anorexia nervosa or bulimia nervosa, but if the athlete is in a high-risk sport as mentioned above, or is suspected to have ED, has low body weight and is noticeably suffering from the aforementioned symptoms, they should be referred to their GP or sports medicine doctor. Menstrual function can suffer because of low energy intake, and the period can be lost, otherwise known as amenorrhea, which is classed as missing three periods in a row or having extensively long period cycles of 45 days and more, known as oligomenorrhea. Functional hypothalamic amenorrhea (FHA) is the most common form in athletes, which can result from exercise and stress. Low levels of bodyfat in female athletes can cause cortisol elevation, and leptin suppression, which in turn affects luteinizing hormone and GNRH which are two hormones vital to menstrual and reproductive function. This stress can also cause an estrogenic effect that can cause calcium to be liberated from bones into the bloodstream, resulting in further decreases in bone mass. 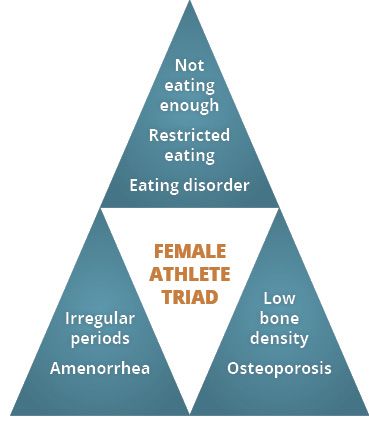 Consequences for The Masses?

The female athlete triad has been expanded on, and now comprises a small segment of the RED-S. For professional athletes (many of the readers are NOT in this demographic) male and female alike, energy output can be simplified down to exercise cost and resting metabolic rate. For normal working folk, or college students, physical activity that isn’t purposeful exercise, such as walking around at work, carrying loads of groceries etc. (otherwise known as non-exercise activity thermogenesis (NEAT)), must be accounted for. So, pay attention college athletes and working professionals who beast it in the sporting arena, you are the high-risk category! An athlete suffering from RED-S will be fatigued, may have sleep disturbance, nutrient deficiency, immune dysfunction, muscle loss and performance in general will deteriorate massively, as will recovery. Have a look at the image in relation to this, if you’re ticking symptoms one by one it may be time to see a professional.

I assume by now that you are convinced of the importance of eating enough, both in terms of performance, physical and mental health. It is important to have a coach who doesn’t push body image agendas, or force extreme weight loss tactics, a coach giving you an optimal body weight for performance is one you should be weary of, from this point of view, I do highly commend Premier Endurance in this regard, as oftentimes these “optimal numbers” are seriously subjective and nuanced, with very little actual rational evidence behind them.  Aside from this, if any of the points above concern you poor energy intake and are worried about your diet in relation to sporting performance, get in touch with myself using the contact details below or get in touch via Jamie from Premier Endurance if you’re unsure of the next steps. Don’t simply ignore the issues and count your symptoms as being weak or inevitable side effects of “the hustle.”